50 years after Revolution in Cuba 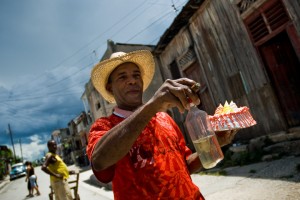 A Cuban man hurrying for a fiesta, holding a bottle of rum, smoking a cigar and carrying a sweet cake in his hand, Santiago de Cuba, Cuba, 3 August 2008. Although the overall situation in Cuba is tough and life is challenging there, Cubans never forget to celebrate, to call for a fiesta. About 50 years after the national rebellion led by Fidel Castro and adopting the communist ideology shortly after the victory, the Caribbean island of Cuba is the only country in Americas having the socialist political system. Although the Cuban state-controlled economy has never been developed enough to allow Cubans living in social conditions similar to the US or to Europe, mostly middle-age and older Cubans still support the Castro Brothers’ regime and the idea of the Cuban Revolution. Since the 1990s Cuba struggles with chronic economic crisis and mainly young Cubans call for the economic changes. 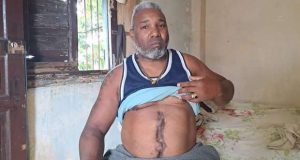